What is frame rate and factors affecting it

Most of those who are concerned with the topic of "frame rate" are game developers, video editors, graphic and animation designers and some web developers especially those who have video broadcasting sites.
So, if you are interested in the topic of "fame rate", you would have to be familiar with some points in this field. in the beginning let us illustrate the definition of the frame rate.

What is the definition of the frame rate?

It is the number of the frames displayed in one second, and it is measured by the fps "frame by second".

The frame which is mentioned here is the picture that is displayed by the monitor of a computer, a mobile or a TV.

So, what is the ideal frame rate? What is the ideal number of frames must be displayed in one second?
Certainly, there is not an optimum number, but to reach the perfect frame rate, there is an optimum range of frames that one shouldn’t exceed or be inferior to.
If the frame rate falls behind this range, there would be a defect or chopping in the movement of video or game components, and if the frame rate exceeds the optimum range, this would unnecessarily consume the device resources, not to mention the probable inability of some processors or video cards to accommodate very high frame rates such as those of 150 fps.

So, if you are one of the game developers or video makers or you are related in any way to "frame rates" , you should always develop games and videos within the optimum range of frame rates.

Actually, it would take so long to talk about "frame rate" but we just want to give a brief for this topic before illustrating  the factors affecting frame rate.

What are the factors affecting frame rate?

At first we should know the frame life cycle, where it begins and what course it takes. The following picture illustrates the life cycle of the frame. The video or the game sends a frame to the CPU to be processed, then GPU renders the frame and finally the monitor displays the frame.In the same way, all the next frames are displayed by the monitor.

Actually, the life cycle of the frame is more complicated than that, but we just wanted to give a brief before illustrating the factors affecting frame rate.

Once you know about the life cycle of the frame, you can conclude the factors affecting the frame rate. These factors are:

This factor is greatly related to developers of games and applications which deal with frame rates. The code writing style affects the frame rate directly as the more well written the code is and the smarter the calculations are, the higher the frame rate you get and consequently you can avoid choppy movement.

2 - At which frame rate you create your video.

This factor is more related to graphic designers, video makers and animation designers. Simply, if you are capturing a video with your camera, you can determine the frame rate you desire. Some cameras are provided with this option. You can also change the frame rate for any video just if you wanted to. So you control the frame rate from the beginning

Animation designers and cartoon makers can also control the frame rate from the beginning.
But the question here is: if the frame rate is preset, does it get affected by other factors?
Of course it gets affected by other factors. For example, playing a 200 fps video on a mobile with low capabilities, you’ll find out that the mobile is not able to display 200 frames in the second.
So, you should always take all the other factors into consideration because it is illogical to direct a video or a game with very high frame rate to devices with low capabilities.

Also, in game developing, each object has its own scripts, codes and calculations. So, the more objects present in the frame, the more calculations there would be and the more time needed for rendering that frame and consequently this would affect the frame rate.

4 - Hardware and its quality (CPU, Memory/RAM, GPU and monitor).

The device facilities and their qualities greatly affect the frame rate. A device with a faster processor, a higher capacity RAM and a higher video card will perform faster processing, and displaying and consequently higher frame rates and vice versa.

When one buys a new computer device, the store owner may ask him what he will use that computer for and he may recommend a device with high capabilities if the buyer would use that computer for graphic designing and game developing.
On the sidelines of this, we could mention that the industrial quality of the device would also affect the frame rate. For example, there would be two different devices with the same capabilities but have different prices and this would be because of difference in industrial quality.

5 - applications running in the background.

There are a frame rate other than the one we’re talking about , it is called the frame rate of audio. We don’t consider it a factor affecting the frame rate like the other factors, but it should always be taken into consideration especially if you perform video editing.
If you don’t take the synchronization between video and audio frame rates into consideration, this would result in audio that preceds or proceeds the video.

In the end, we just want to draw your attention to the technological and technical brak through which made us reach high values of frame rates with no defects that most of the modern devices today are capable of playing videos and games with very high frame rates.
As mentioned before, it would take so long to talk about "frame rate", but we just wanted to draw your attention to some points related to this topic. 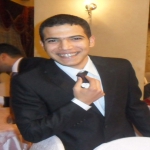